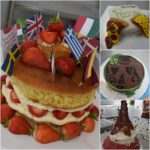 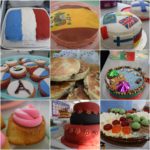 Year 7 students were invited to enter a bake off competition in the theme of a European Country, to win house points for their house. We are pleased to announce the winners and runners up below. Cakes were judged for the best tasting and the best looking in appearance by Head of MFL – Mlle Machu, Catering teacher – Mrs Law and the Headteacher.